Most Fridays Margaret and I go to a real movie theater to see recently released movies; does that constitute a hobby as suggested recently by a friend?  If so, that’s fine.  But we don’t go just to go, we’re particular about what we see (although every once in a while we’ll see something on the ‘light’ side, but it has to have entertainment value).  Horror and slasher 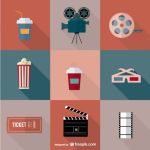 films are definitely not our thing; sci-fi and fantasy suit me but not Margaret; animated films are good for Margaret but I can’t get around the fact that it’s a cartoon, no matter how well done.  We do like drama’s, comedy’s, dramady’s, foreign films and documentaries…give us a good story, good acting, a message that can teach us something we didn’t know and we’re good.

We’ve even found a way to offset the inflated cost of seeing feature films on the big screen; annually we make a fairly sizable monetary donation to a local charity (a very good cause) and in exchange they provide a card with your photo that entitles two people entry to most movie theaters in metro Atlanta free of charge (we need to see a lot of movies to offset the amount of the donation).  Makes us feel good and a good way to fund our hobby.

Of the movies we screened in 2016 I’m going to list my top ten favorites in no particular order.  Following that I’ll list ‘the rest’…good movies we’ve seen but not top ten worthy.  Remember, these are the movies I like….everyone has different taste.  Here goes;

Following are the ‘other’ movies I feel were very good and worth the time to watch (again, 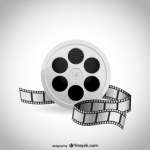 And here are movies that premiered in 2016 that we couldn’t fit into our schedule (or never screened in ATL) but we’re anxious to see; Twentieth Century Women, Loving, Elle, Hacksaw Ridge, Certain Women, Eat That Question: Zappa In His Own Words, Don’t Breathe, I Daniel Blake, Gleason, Green Room, The Handmaiden, Paterson, OJ: Made In America, Little Men, Don’t Think Twice, Silence, American Honey…and many many more.

So, what was your favorite(s)?  Let us know with a comment below….and here’s to a great crop of films for 2017!